Abstract of the opening statement of Mrs Vicky Ford, Chair of the European Parliament’s Internal Market on Consumer Affairs Committee, at the European Standardisation Summit 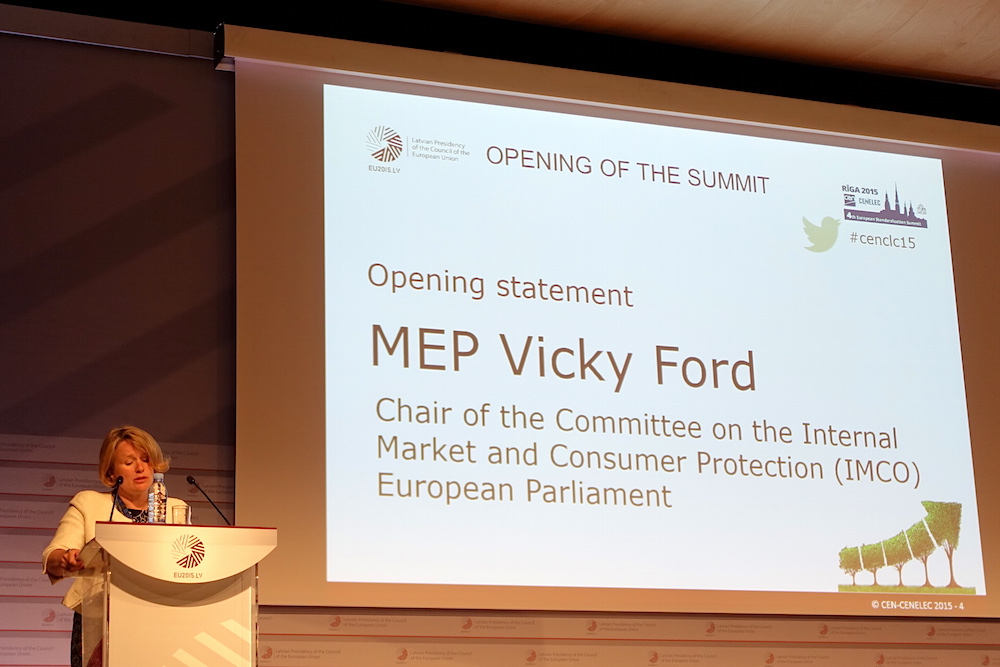 “…it is a good time to look at the way standards are set in Europe and since 1985: I understand that about 90% of the different national standards that industry must apply have been removed, enhancing trade flows across the EU and the vast amount of this process has been driven not by top-down diktats or politicians telling industry what to do but by a bottom-up approach lead by manufacturers who want to make sure that the products they produce and use are compatible and inter-operable with others in the market and this open approach allows industry to respond to innovation and changes in user needs. It is important that that open approach can and does continue.”

“There is furthermore little point in setting a standard if it is not relevant and if that standard never gets used (…). It is important, I believe that product designers, manufacturers and users are involved in the development of standards and it is worth remembering that a significant portion of users of products are themselves manufacturers or businessesand the B-to-B users of standards”.

(…) “I was pleased to read in the press last week Commission is considering how to increase transparency in the standards setting process, because I believe it is important that those affected by standards can find out how to be involved in the routine, what’s going to be discussed and how they can contribute; and I would encourage the Commission to include as many interested stakeholders as possible even if the legislation just says you need to consult with A, B and C, doesn’t mean you should exclude other people from the ring and I believe more could be done to boost transparency and confidence.”